Warning: count(): Parameter must be an array or an object that implements Countable in /var/www/visagevisage.dk/public_html/wp-includes/post-template.php on line 284

There are very few elements in these ‘hard folk’ works, turning the movement from the flute, the violin, the guitar or the keyboard into crucial brushstrokes forming the image of each track, and it gives Musica an overwhelming immediacy.

The energy of Lagerlöf still sifts through the mythic world of Värmland-forsamlingen af 2016, and Musica is essentially an album about music in its simplest form: the bliss of being together under this cloud, playing together through these brief hours in the same universe. It’s a pure form of joy that was here thousands of years ago and will last until humanity withers. 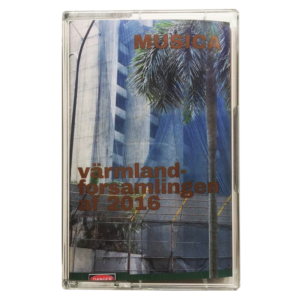