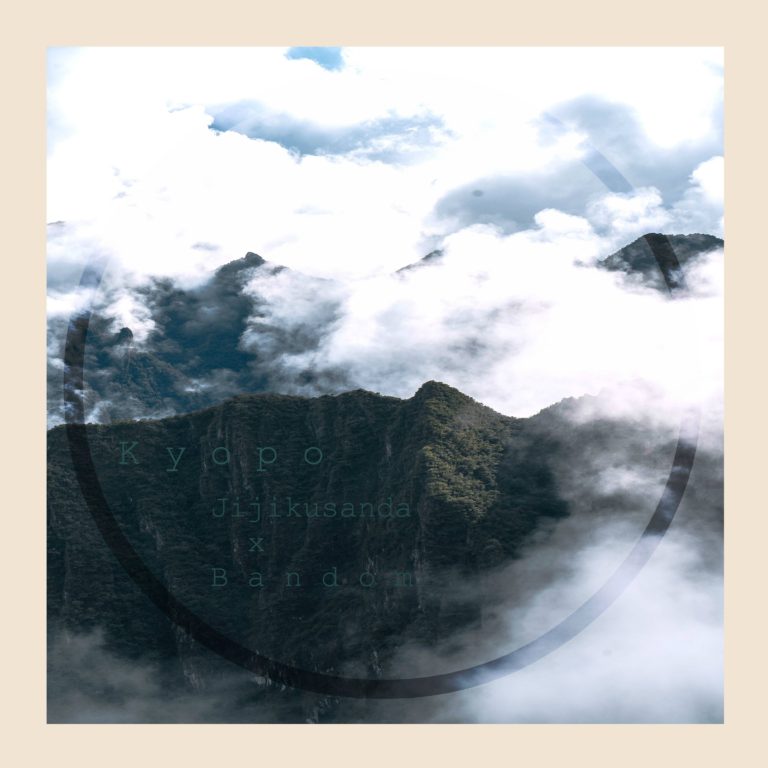 Do you ever feel scattered from your brothers and sisters or your beloved one? Then you might say: I feel arirang. With musical projects, some artists use working titles, but the band Jijikusanda x Bandom has been working through the years with this feeling of arirang. They are now finally ready with their first album release, Kyopo (ko. 쿄포, lit. Overseas Korean).

Neither of the two Korean words arirang (ko. 아리랑, lit. A fictional mountain pass) or kyopo are to be found in the lyrics of the songs, but they are somehow defined in the emotional drumming, guitar myriads, auto-tuned vocals etc. throughout the album’s eight songs. There is a strong focus on group dynamics here, which is vocalized on ‘Fokus’, and the album contains both light-mood guitar ballads such as ‘O Karina’ and ’Sjimpai 心配’ as well as dark and seething songs like ‘Bleveð’. Jijikusanda x Bandom never ceases to amaze; there is even a beautiful and soft-spoken rock cover of the Japanese singer-songwriter SoRa’s ’Spell for the life’.

Kyopo is mixed and mastered by Anders Meyer.
VISAGE23. Released in 2018 on the last day of August.