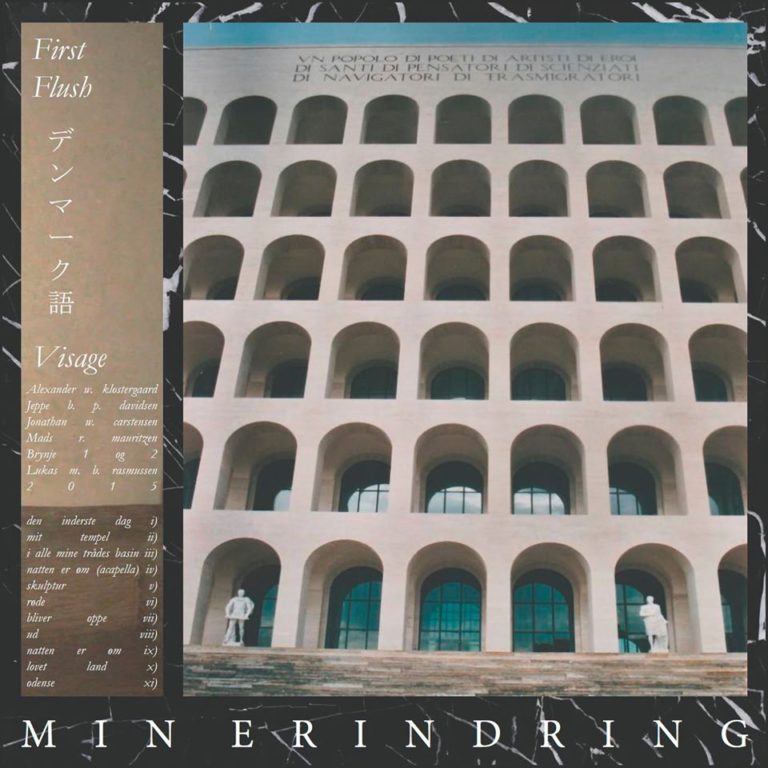 Min Erindring is the second record of the Danish rock group First Flush and the first record released on Visage. The album is a widescreen plunge into the world of recollections, intimacy, memories and visions with a vantage point rooted in atmospheres of the local, the inner feeling of nativity. The 11 pieces that form the shape of Min Erindring clearly carve out the possibilities and impossibilities of coming to terms with personal history, of getting to know yourself in a continuous study, and of acceptance of your future life. Places visited, places to be seen. Produced by Lukas Malte Bjørn Rasmussen and Brynje 1 & 2. Mastered by Peter Peter. Released on CD 17th of April 2015.