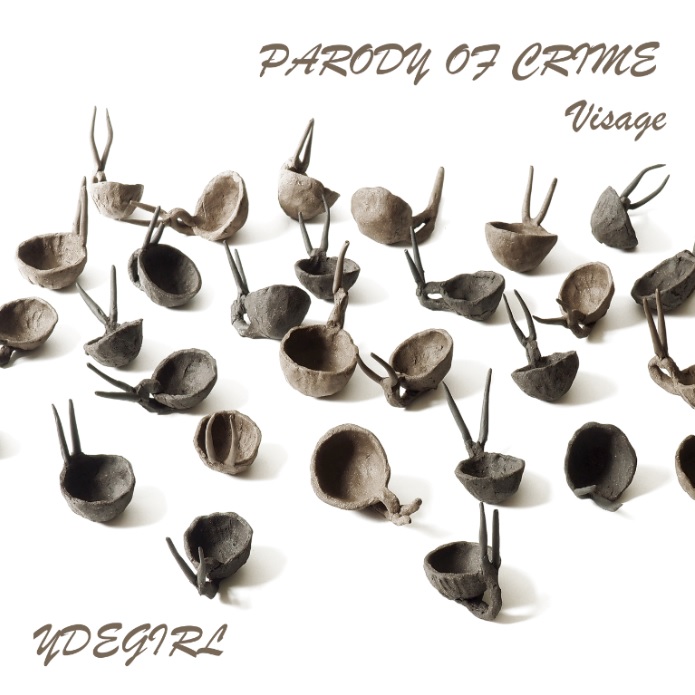 Parody Of Crime is the debut album by artist Andrea Green Novel under the moniker Ydegirl. It’s a strong musical statement that challenges the common structures of songwriting. Most tracks are lead by a vocal, at times somewhere between half-sung and half-spoken, in a confident tone that resembles the flow from modern hip-hop, at other times playfully sung in RnB-layered arrangements. The extensive use of horns and flutes and the many small orchestral interludes lead the thoughts towards chamber music, but distorted trap hi-hats, sub heavy kicks and subtropical field recordings point towards another direction. Parody Of Crime is an impressive blend of pop sensation, deadpan ballads and puzzling narratives, and yet that doesn’t characterize these pieces at all. All the way through, Ydegirl is making musical choices that seem far from obvious, but that’s why it works all the more effectively. Produced by Ydegirl and Jonathan West Carstensen. Released on CD 2nd of December 2016.