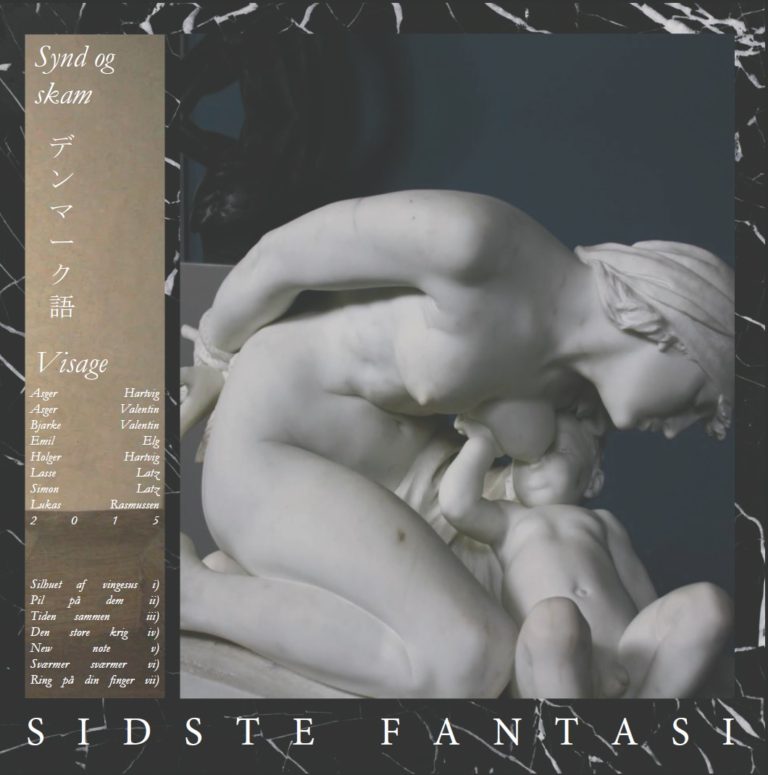 Sidste Fantasi is the new mini-album by Danish group Synd og Skam, curated by Visage. Concieved as a cabinet for presenting a different side of them than seen elsewhere, Sidste Fantasi offers longer and more straightforward musical approaches, some places chopped and screwed, other places untouched. Without really noticing it, Synd og Skam cleared a path from modern hiphop to all open rock music, landing halfway at this strange extensive plateau which seems to have become their signature. I always imagined this plateau as if it is carved in wood; a fantasy. When I hear these pieces, I think of certain passage of images in these carvings. Produced by Lukas Malte Bjørn Rasmussen and Synd og Skam. Mastered by Peter Peter. Released on CD 10th of December 2015.